I bought the Wyze Robot Vacuum as part of a kick starter for $199 that came with a free Wyze web cam version 3.

It was delivered yesterday and I have been having some fun and frustrations with it so I thought I would share.

The cool thing about this vacuum is the LIDAR sensor, a spinning laser on top of the vacuum. Every second, it spins around 6 times and measures the distance to 2,016 different points in the room to build a map. You can see, edit, and save the map in the Wyze app.

Here are some getting started tips

So how does it work? 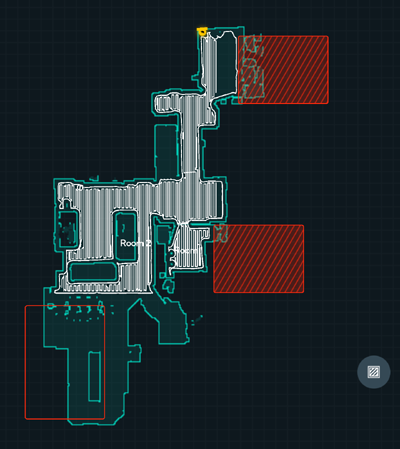 The nice neat parallel vacuum lines are awesome.  Leaves a perfect vacuum pattern in the rug.  The White lines on the map show where the vacuum has been.  The red boxes are the virtual blocks.  The virtual walls are buggy.  When I tried to add a second virtual wall the first one would jump to another location.  I wound up deleting and starting again about 16 times trying to get these placed.

The mapping feature is really cool. As soon as it enters a room it maps all the walls it can see just from the doorway.  Once it moves into the room it finishes getting the rest of the details.

The vacuum picks up a lot more dirt and stuff than I thought it would.  I have only used it on the standard suction setting and it does great.

It is amazing how well it handles most obstacles. For example it works its way under chairs and over thick throw rugs.

User forum issues with the Vacuum 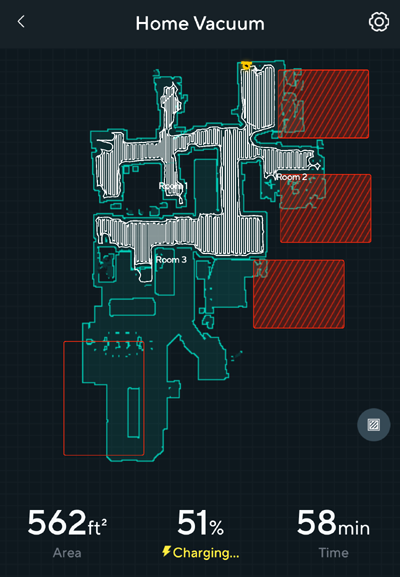