See attached word document at the end of this page

From Great Salt Lake to Sacramento

Adventures during Gold Rush in California

Additional information may be found online at: web3us.com/ged 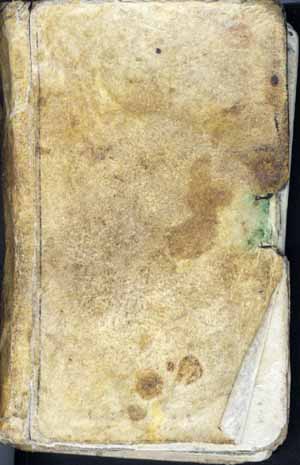 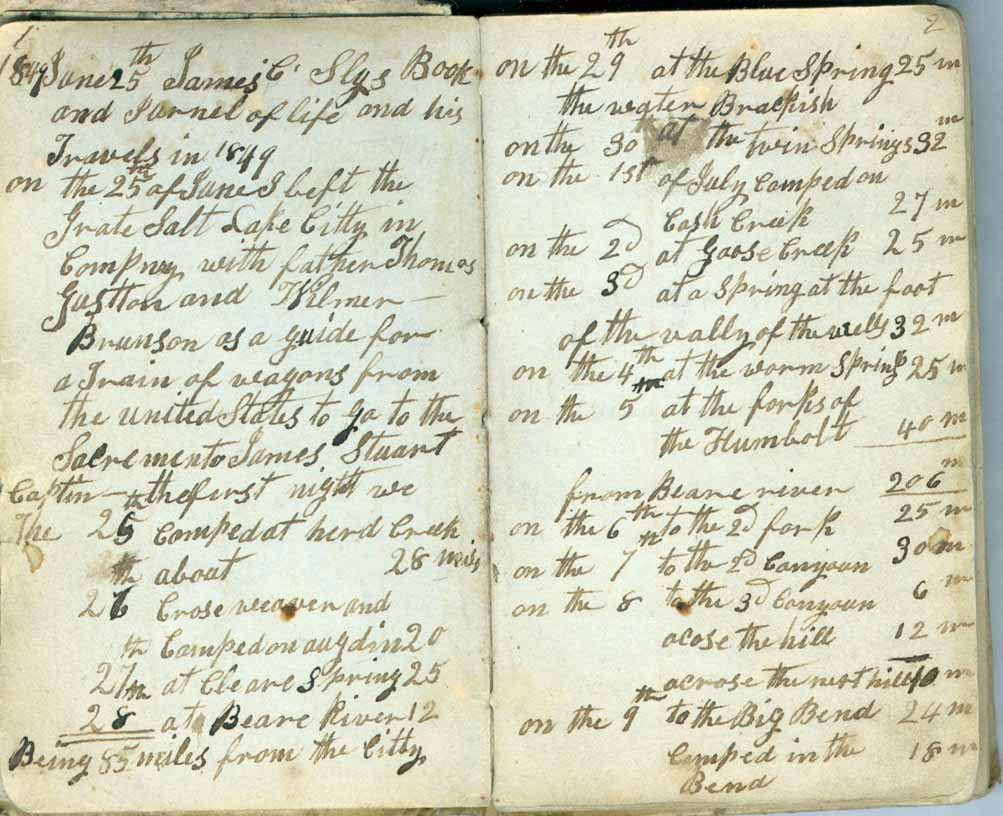 Adventures during Gold Rush in California 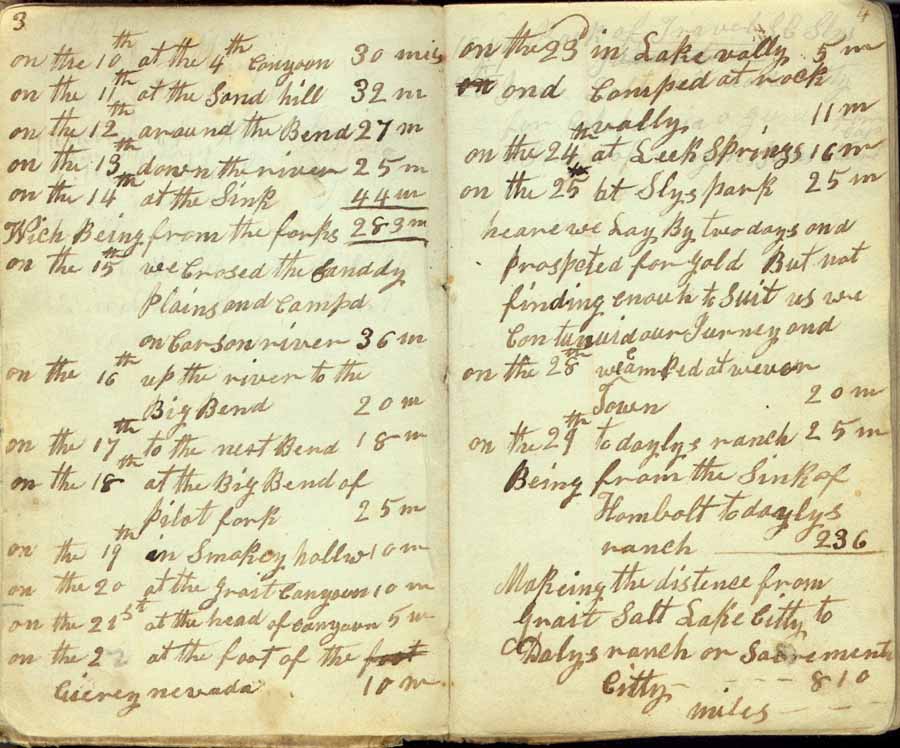 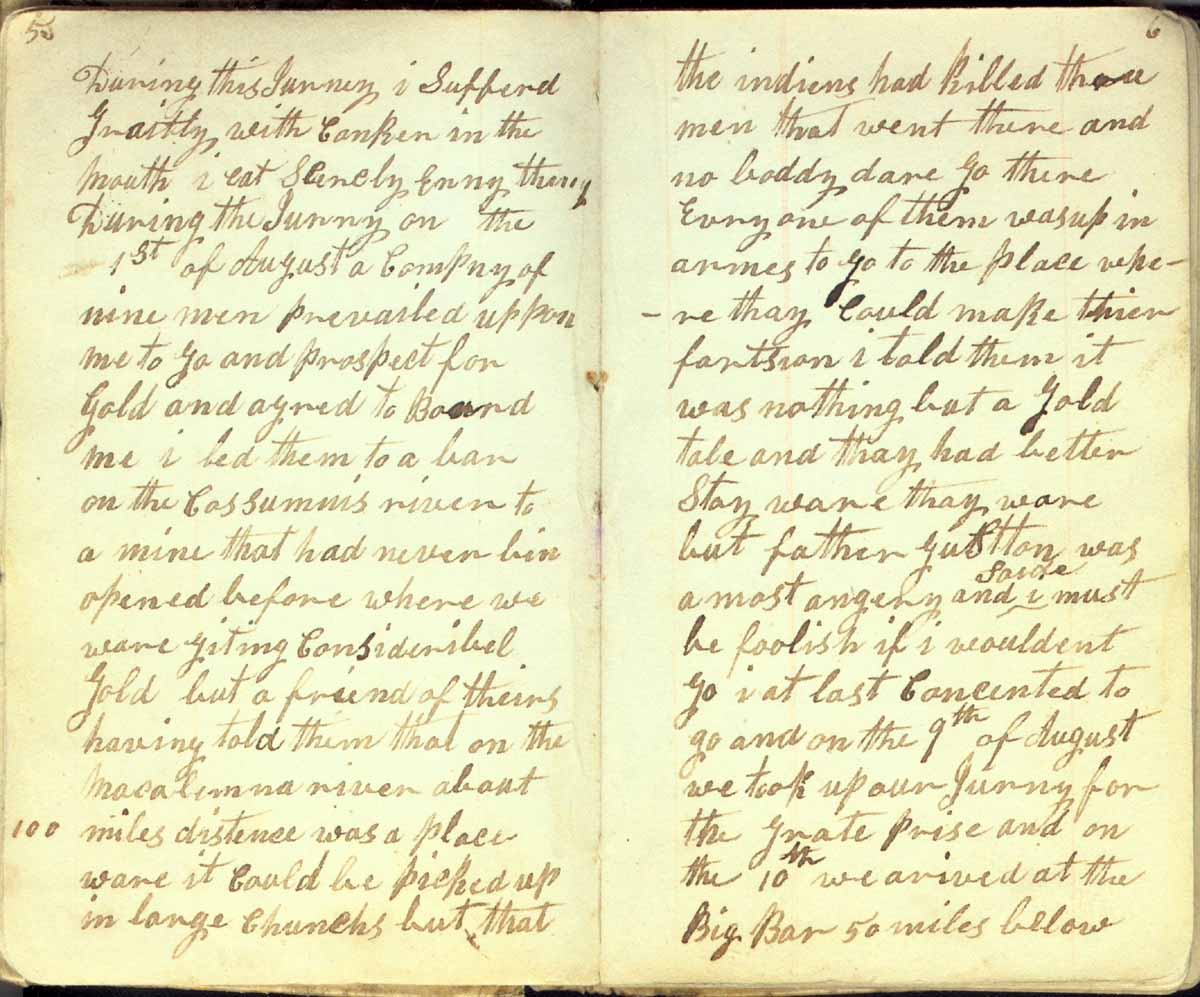 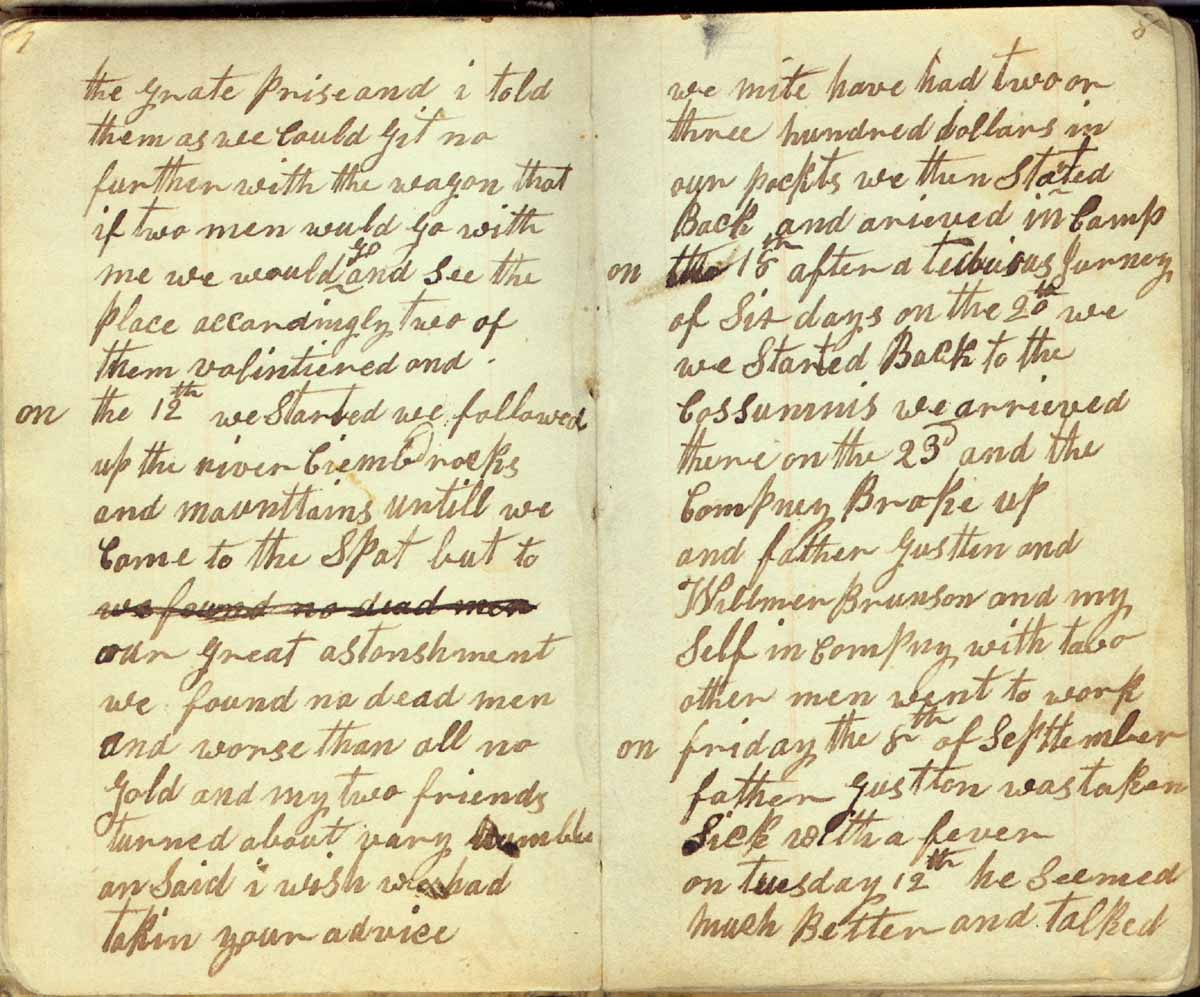 of going to work.  But on Wednesday 13th he got so much worse that I called a Doctor and on Sunday 17th he died at 15 minutes before 8 o'clock in the morning. On the 8th of October we left that place and moved 12 miles up the river.  Willmer and my self was taken sick and I began to think that all sorts of bad luck attended us.  About the 12th of November the rainy season commenced and we were with out a tent or any thing to cover us.  We moved down the river 15 miles and I left Willmer with some friends

and went to the city for a tent and our winter provisions.  It was a very rainy time and all the creeks were high.  And after fording some six streams some of them to my waist, there and back again, I arrived on the Cossumnes again on the 23rd of November.  The rain continued to the first of December and all the mines is idle on account of the high water. 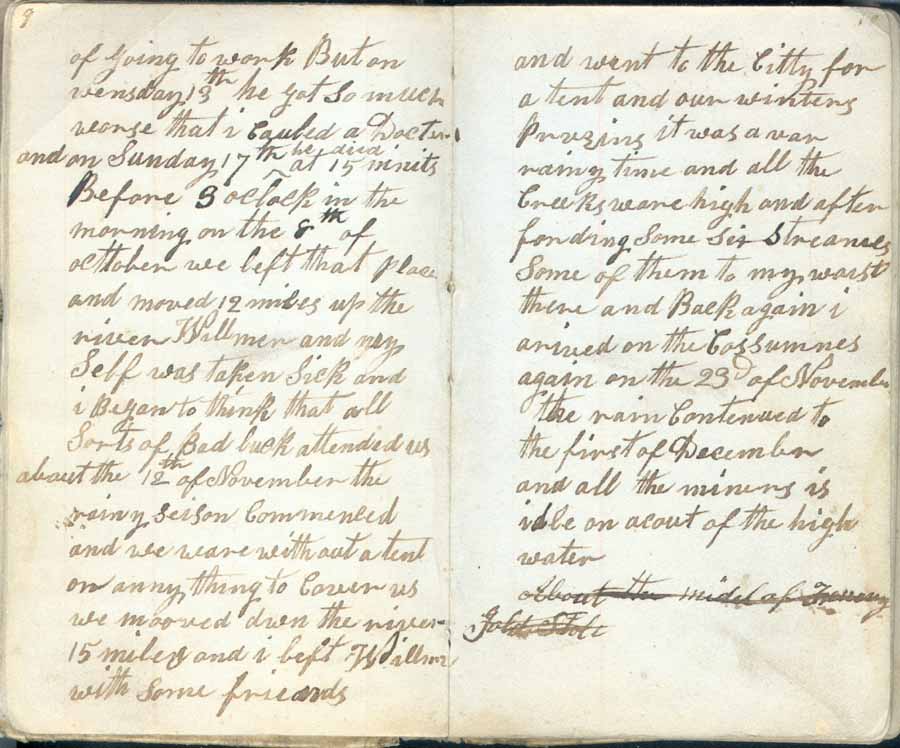 1st March I was taken with Scurvy very sick 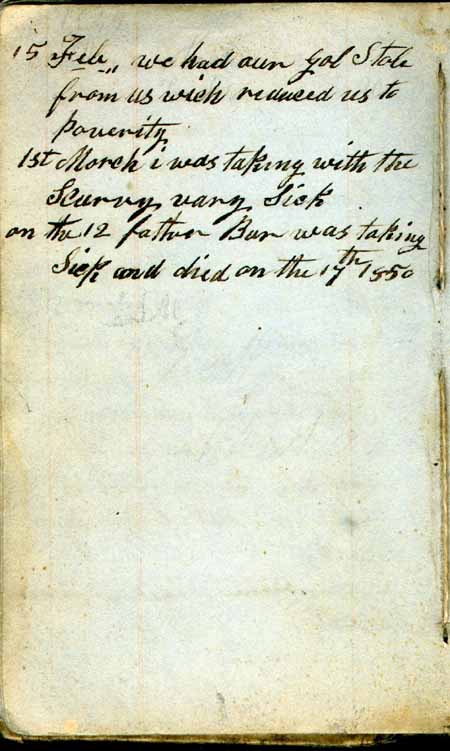 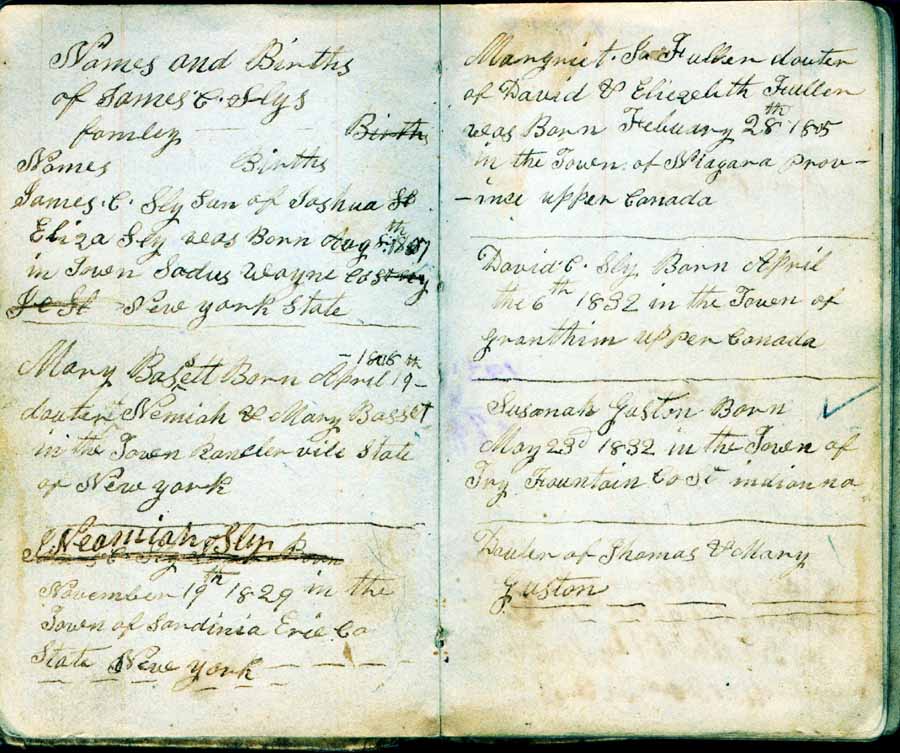 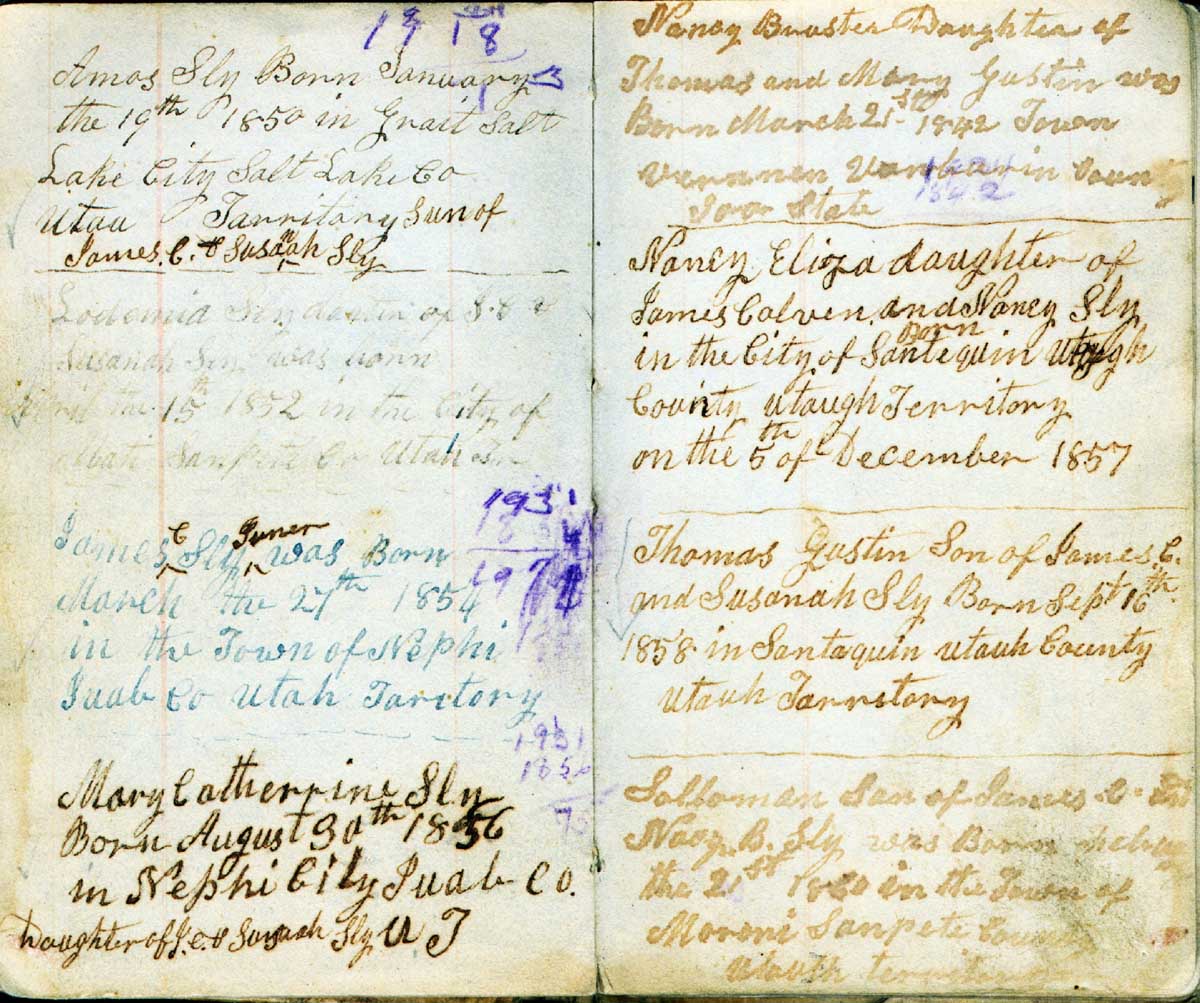 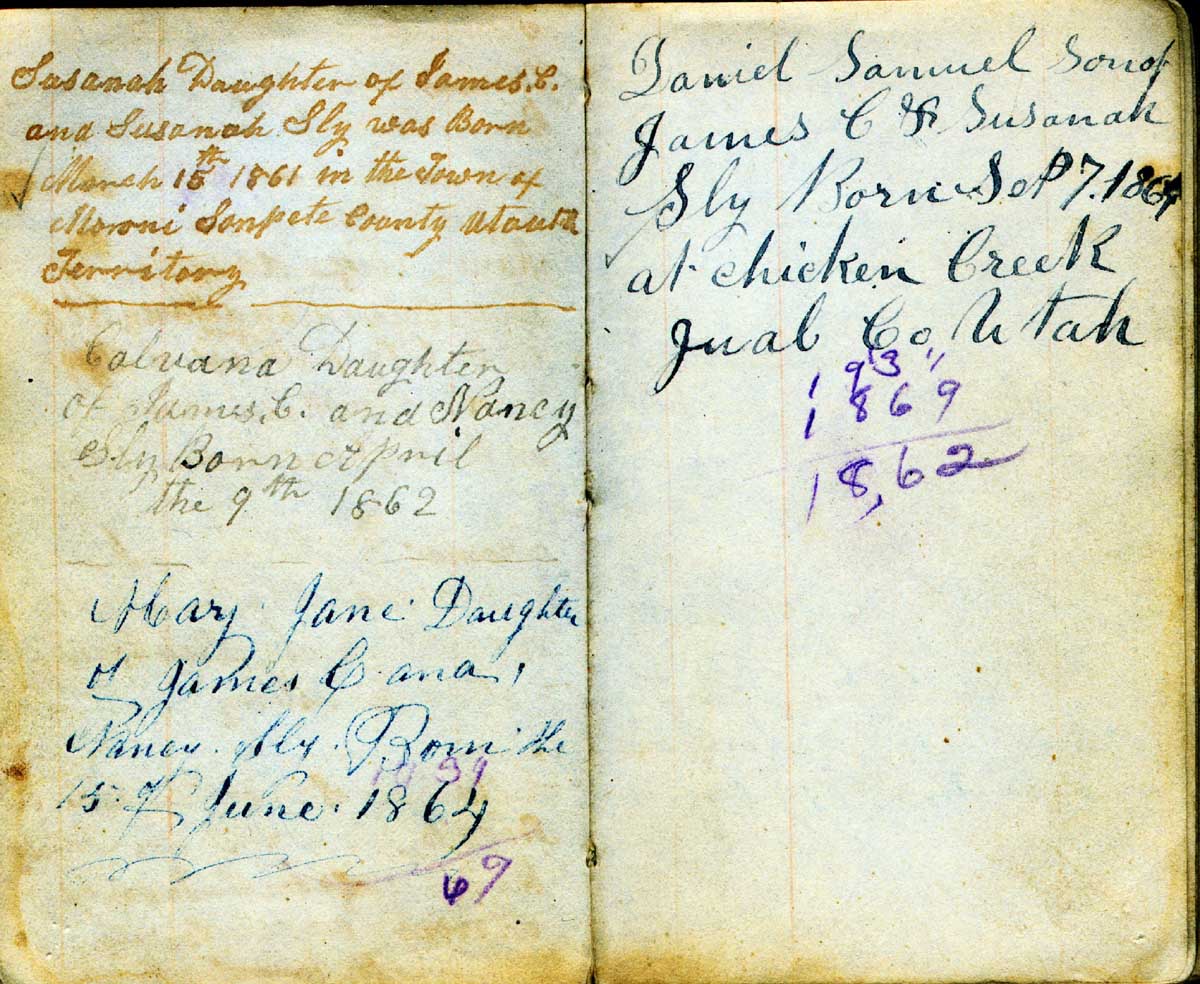 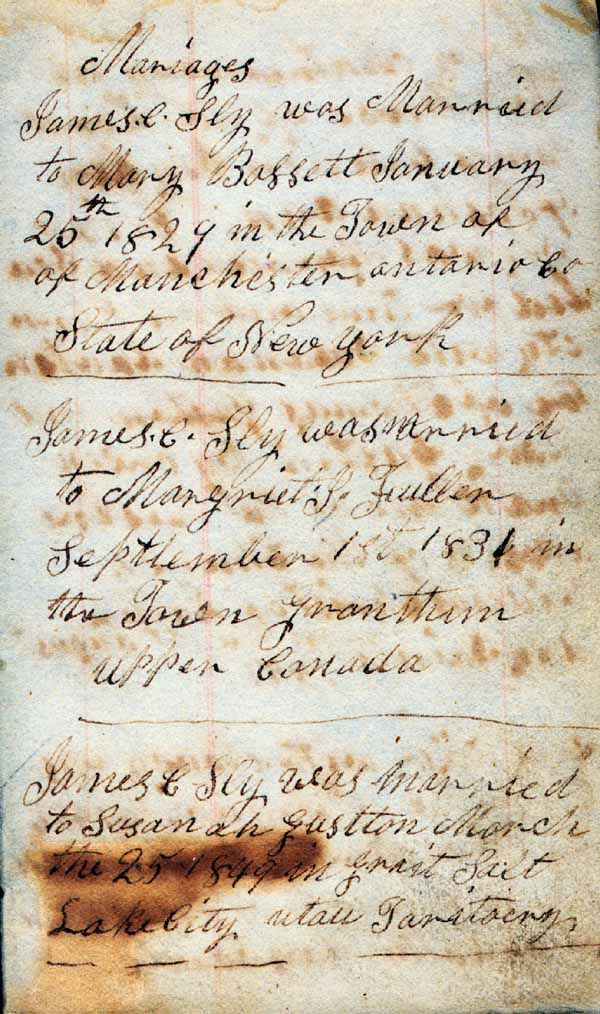 Holy Matrimony in the House of the Lord James Calvin Sly Son of Joshua and Eliza Sly was Married and sealed for time and all Eternity with Susannah daughter of Thomas and Mary Gustin by Orcen Pratt one of the twelve apostles of the Church of Jesus Christ of Latter-day Saints, on the 1st August 1851 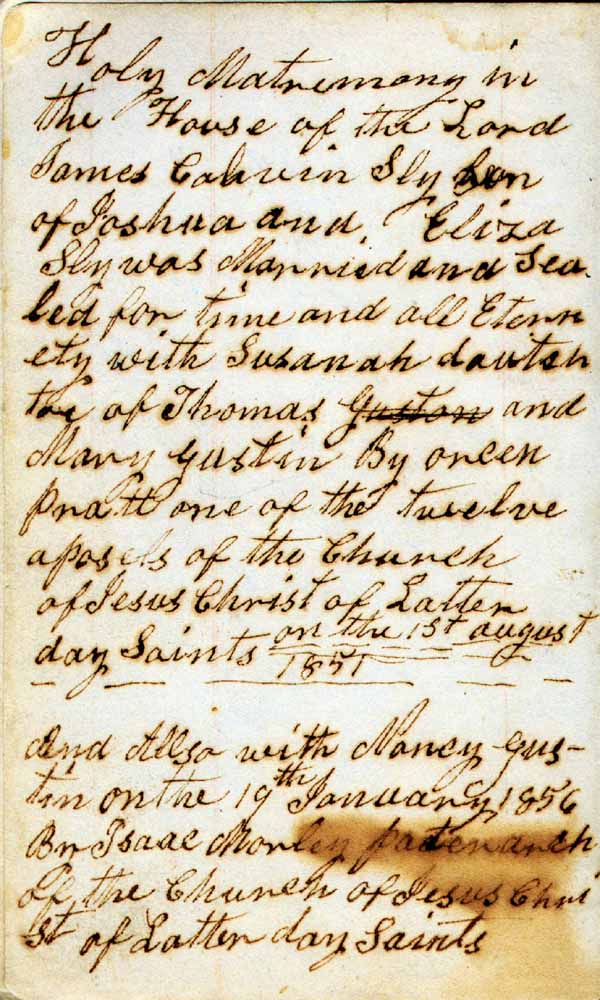 Nancy Eliza Sly was married to Thomas Bithell in August 1874

Nancy Eliza Sly Second marriage was to John W. Dale the 27 of July 1876 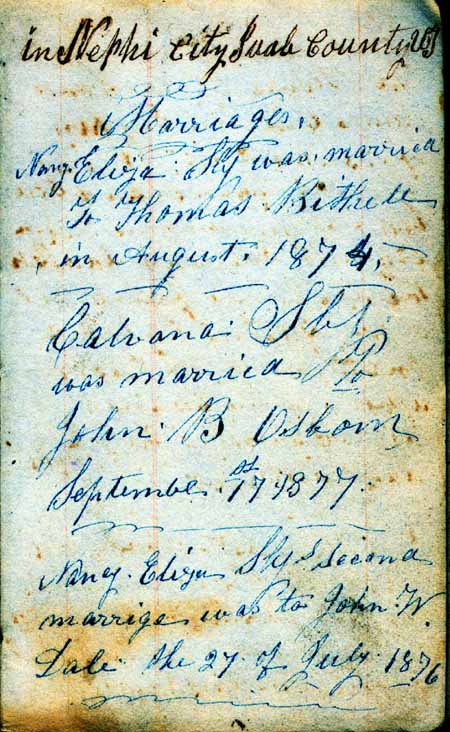 Thomas J. Sly was married to Cathrine B Patterson March the 8, 1880 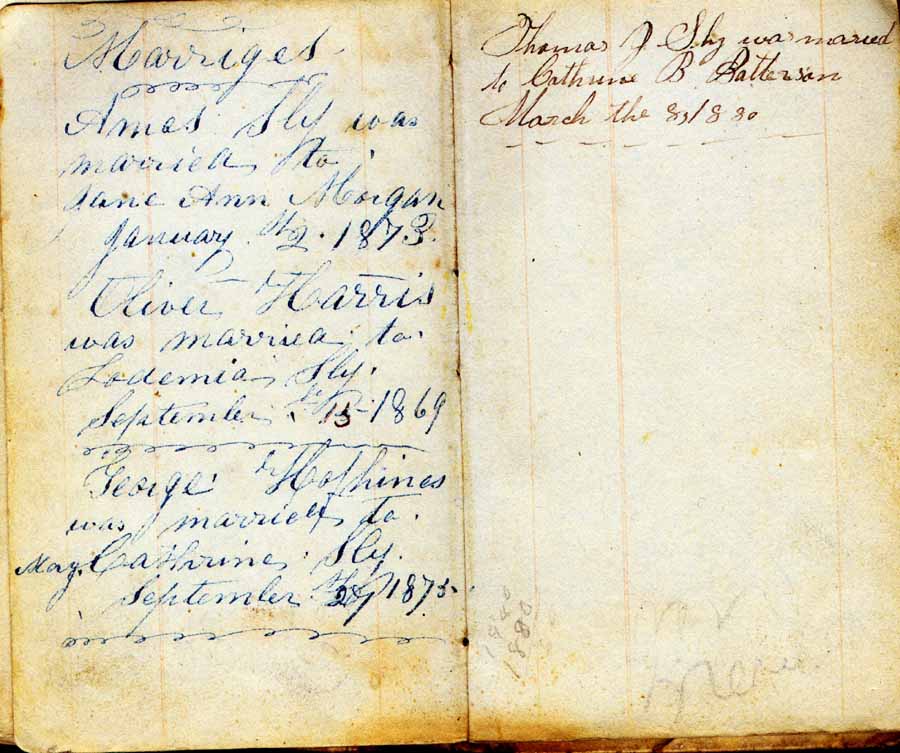 Died on the 25th of July 1830: Mary B Sly wife of J C Sly and daughter of Nemiah and Sariah Bassett in the town of Lockport St NY, Niagara County 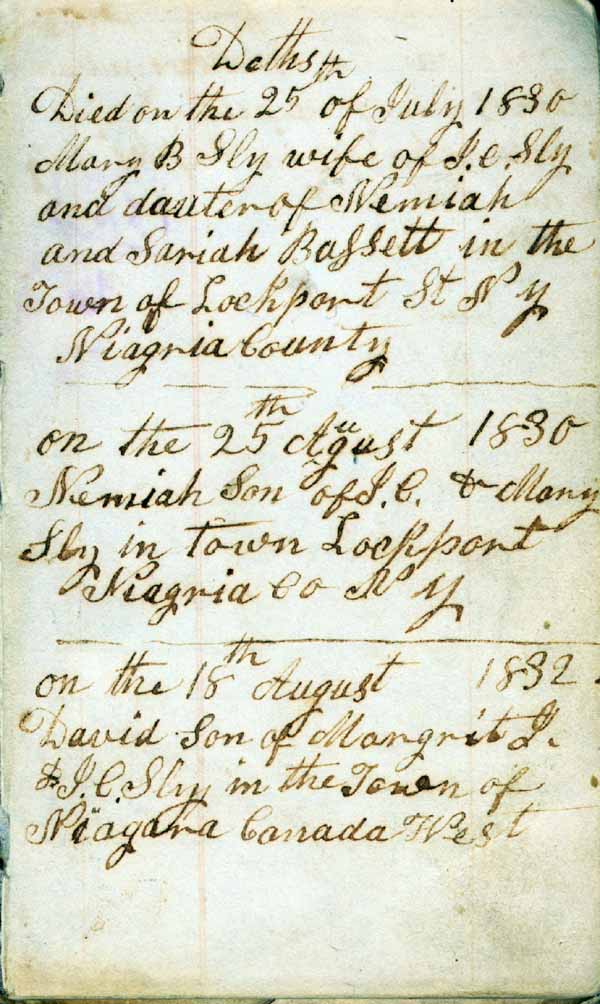 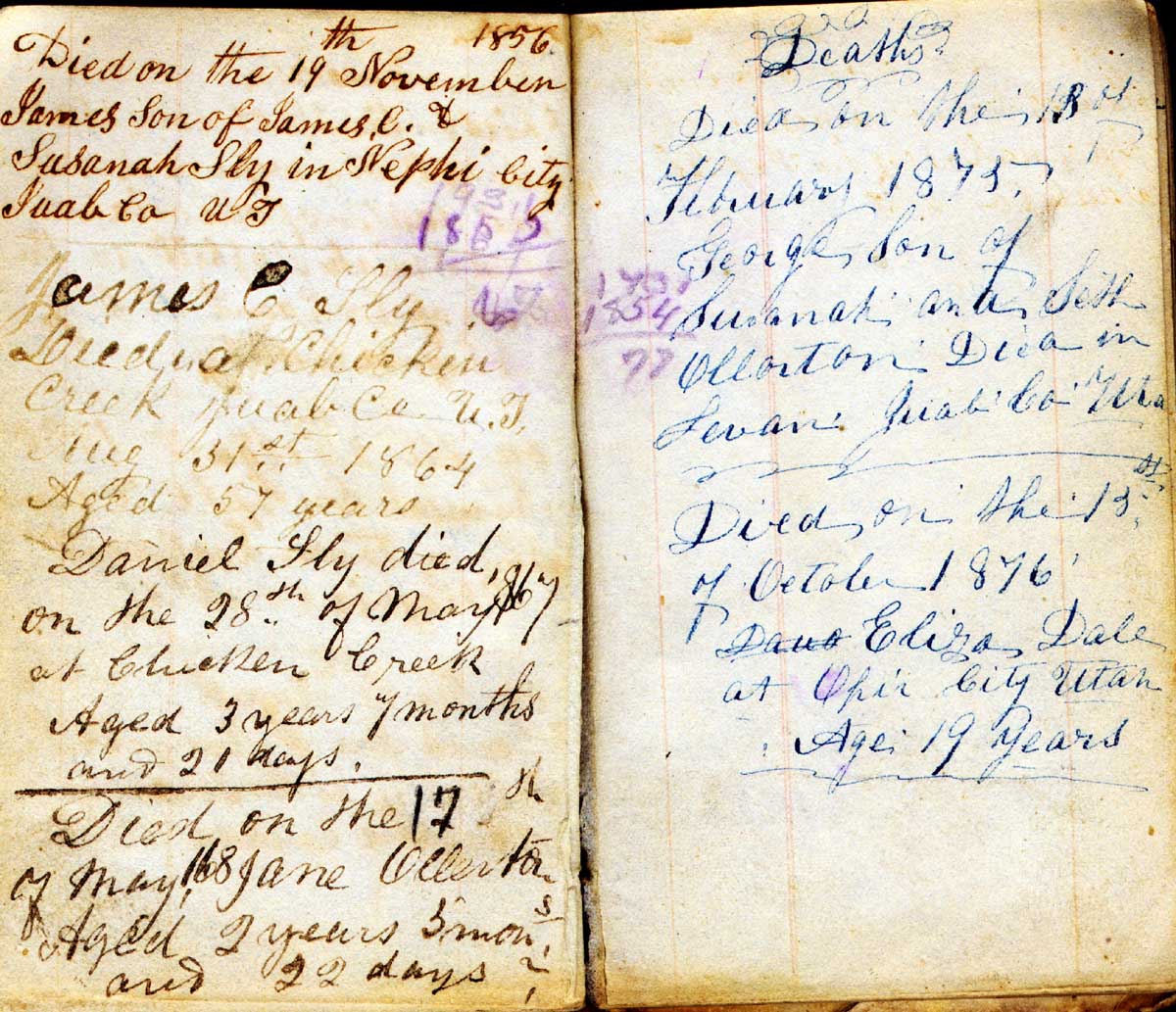 Died on the 27th of September 1865 daughter of James C. and Nancy Sly 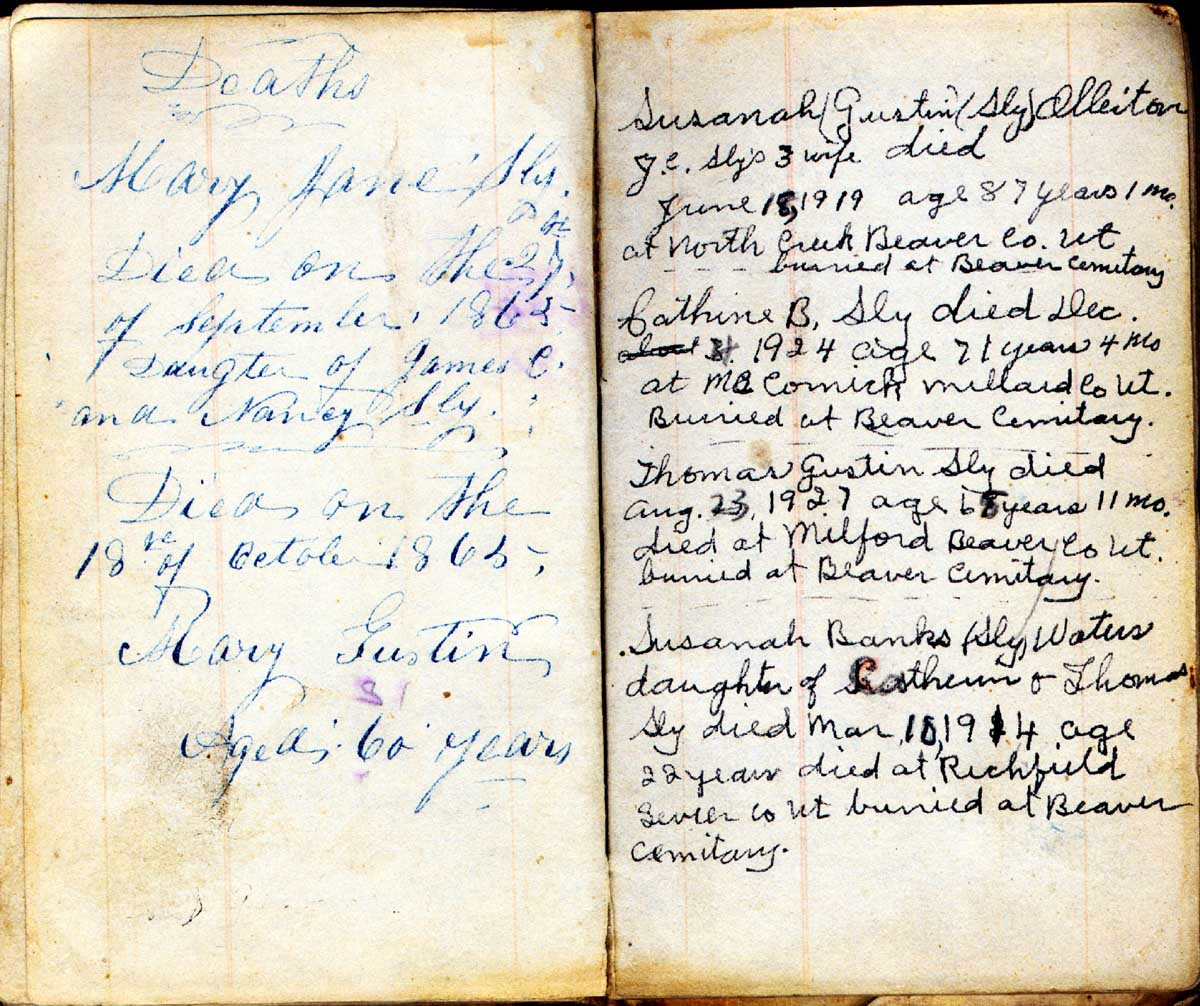 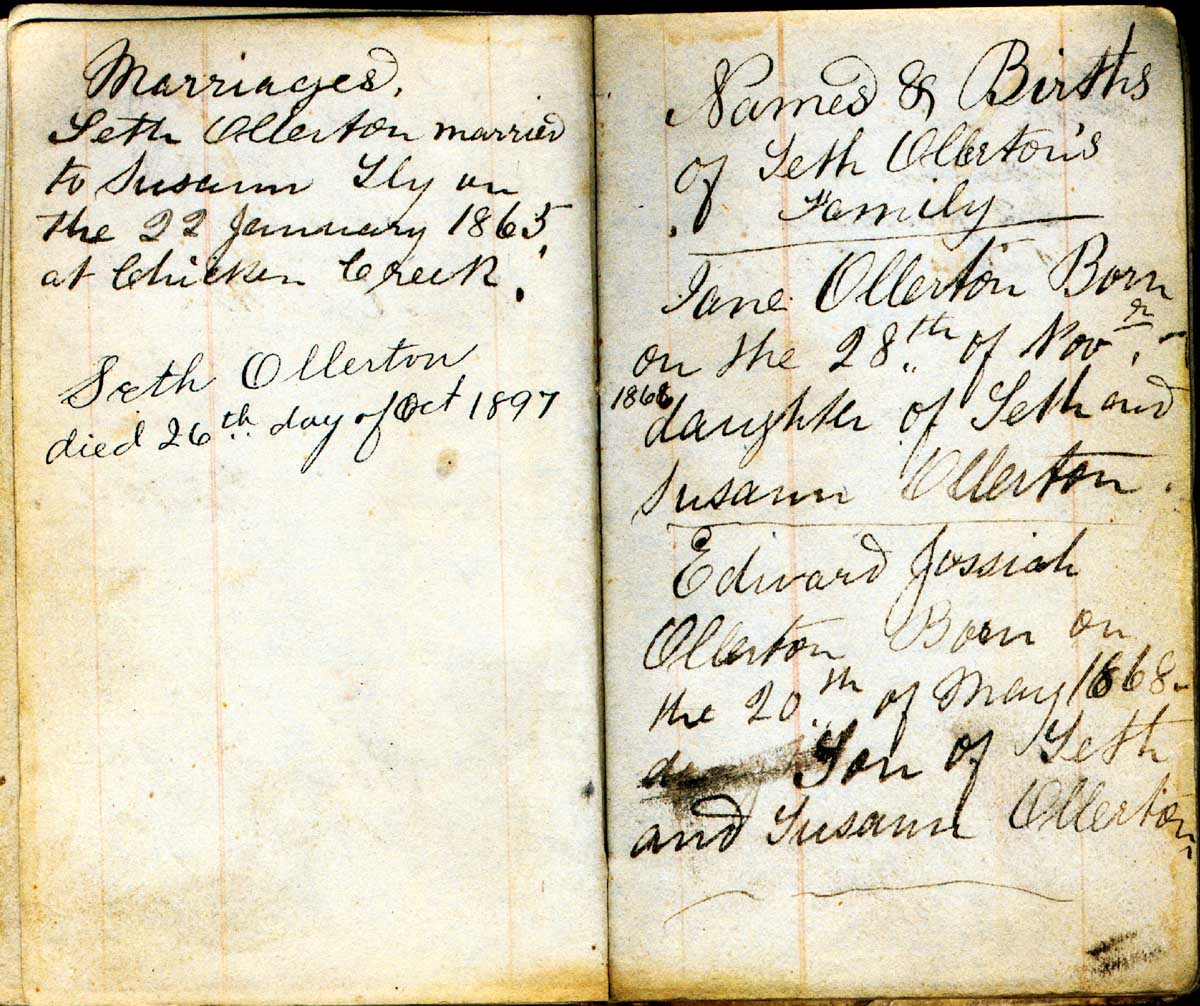 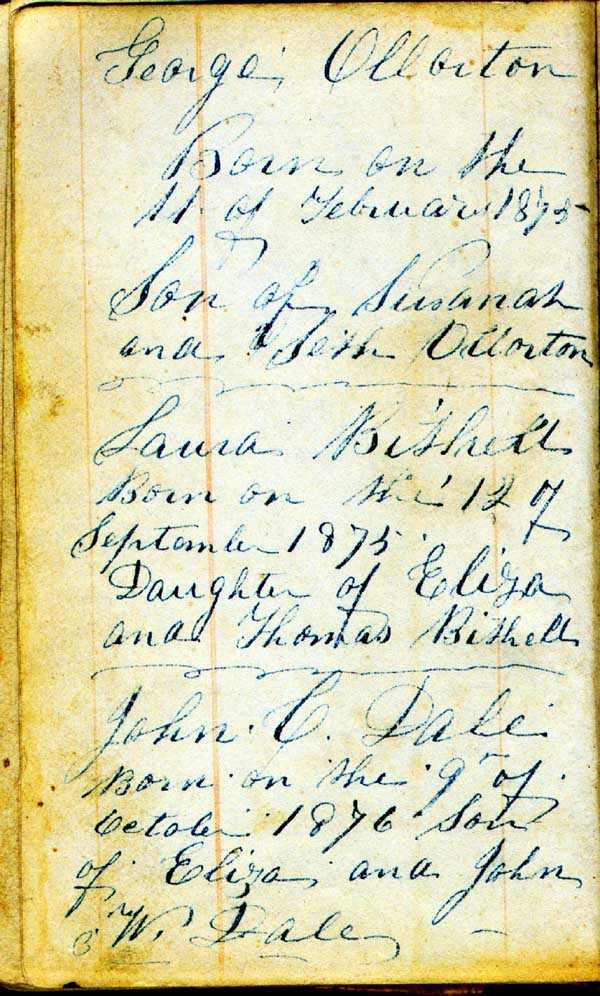 Edward J. Ollerton and Craigie M. Chalk were united in the holy bonds of matrimony the 26th day of June 1893 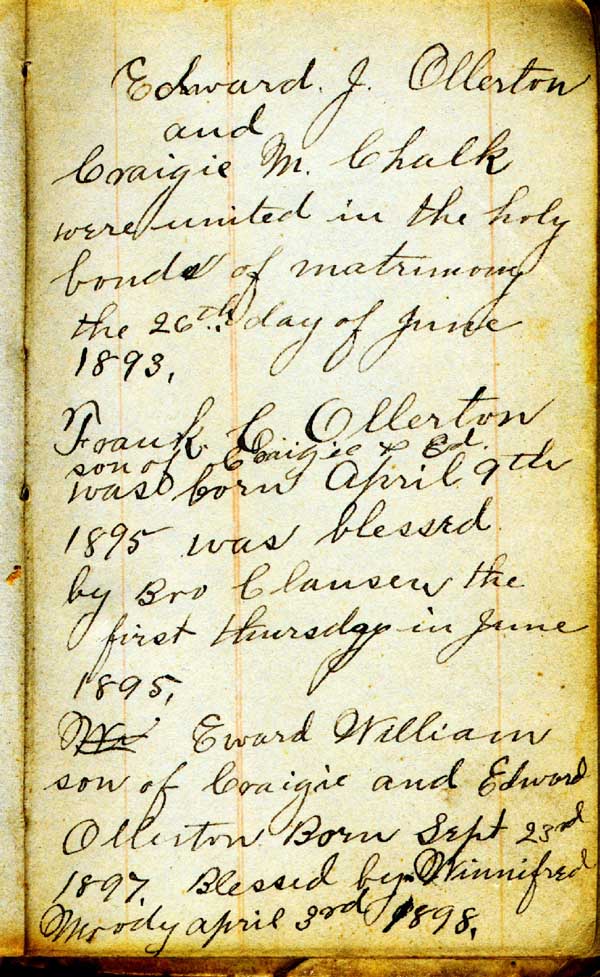 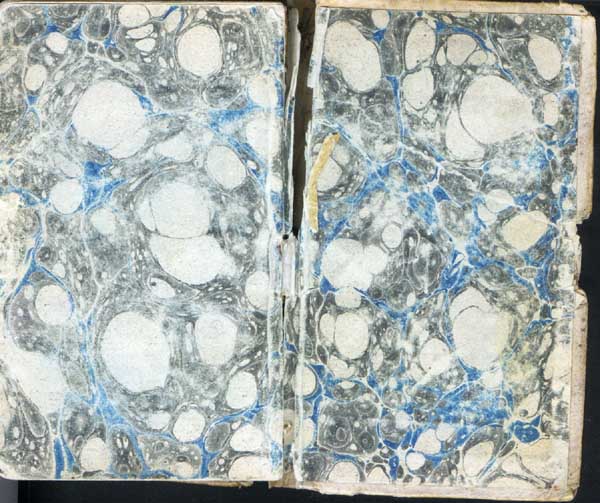 Additional information may be found on Jeff's Home Page at: web3us.com