Synopsis of "The Greatest Knight"

The Greatest Knight, By Thomas Asbridge This is the story of William Marshal who was perhaps the greatest knight of the Middle Ages. This was a man who had extraordinary physical and knightly skills but more importantly had incredible honor and integrity. He was a power behind five English thrones – Henry II, Young King Henry, Richard the Lionheart, King John and Henry III. William was born as a second son to a

minor English official in 1147 during the reign of Henry II. Because William was not the first born son and therefore ineligible to inherit his father’s title and position he was sent to Normandy to become a knight under the leadership of another nobleman. William soon

exhibited great strength and skill in the knightly arts and became a popular champion of the games, earning glory and wealth. He was taken prisoner during war. He was eventually ransomed by the queen and came to serve Henry II. Henry II asked William to teach his oldest son, young Henry the knightly skills. William taught Henry well and the two became friends and comrades. William was loyal to the two Henry’s. Over time William went on to serve each of the heirs to the throne and in times of great danger and peril he risked his own fortune to protect each King up until each of their deaths. There were civil wars against each of the kings and many of William’s peers fought against their kings. William never wavered in his support of each of them. He was instrumental in the issuance of the Magna Carta as a trusted advisor to King John. William’s name even appears in the great document. He rose to very high power in the realm, becoming regent to Henry III, John’s son when he became king as a young child. William’s defense of the country at this time kept England from being taken over by France.

"L' Historie de Guillaume le Marechal," On the death of the young Henry, Marshal obtained permission from Henry II to take the young Henry's cross to Jerusalem. Marshal spent two years in the Holy Land fighting for King Guy of Jerusalem and the Knights' Templar. There are no known records of his time in the east, but we know that some of the castle building techniques he later used at Pembroke were probably learned here.When Richard I came to the throne, he recognized Marshal as a brother and equal in chivalry. Fulfilling the promise made by his father, Richard gave Marshal the heiress Isabel de Clare and all her lands in marriage. A signer on the Magna Carta. In a room of the Tower of London in August 1189, two people who were about to be married met for the first time. This twist of fate or act of destiny would have a far-reaching effect on English history. The young lady was Isabel de Clare, sole heiress of Richard Strongbow de Clare. With this marriage, William Marshal became "in right of his wife" one of the greatest lords and magnates in the Plantagenet kingdom. Isabel brought to Marshal the palatine lordships of Pembroke and Striguil in Wales and the lordship of Leinster in Ireland. These were large fiefs of land where the lord held as tenant-in-chief of the Crown. A palatine lord's word was law within his lands. He had the right to appoint his own officials, courts and sheriffs, and collect and keep the proceeds of his courts and governments. Except for ecclesiastical cases, the king's writ did not run in the palatinates. King Richard also allowed Marshal to have 1/2 of the barony of Giffard for 2000 marks. This barony was split with Richard de Clare, Earl of Clare and Hertford, who held the barony in England as lord while Marshal held the land in Normandy as lord. This gave Marshal the demesne manors of Crendon in Buckinghamshire and Caversham in Oxfordshire, for 43 knights' fees, and the fief of Longueville in Normandy with the castles of Longueville and Mueller and Moulineaux, for about 40 knights' fees.

Further Reading: Books and Websites pertaining to William and his family.

“Ridpath's history of the world; being an account of the principal events in the career of the human race from the beginning,” 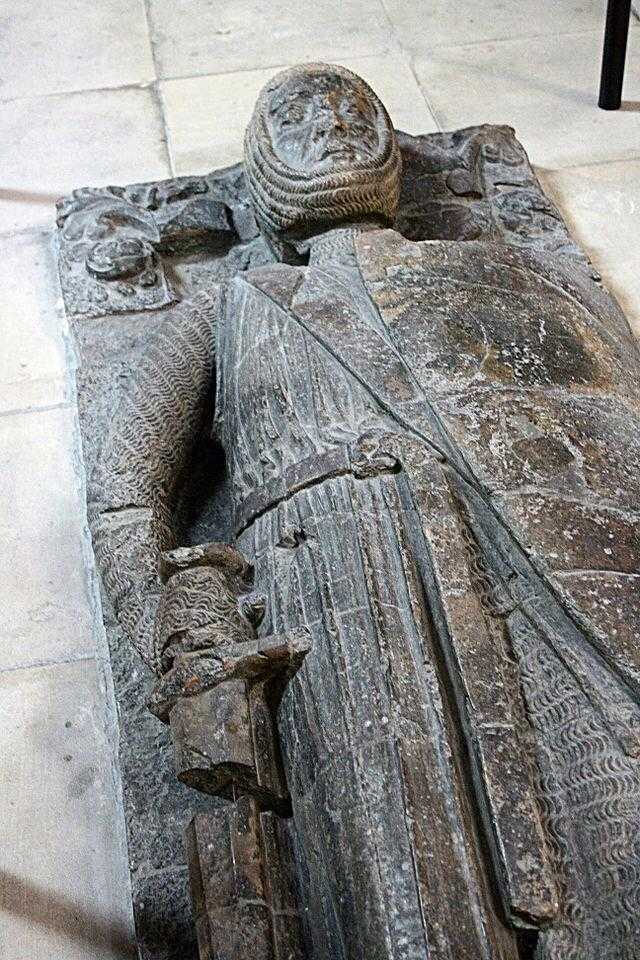 The Greatest Knight: The Remarkable Life of William Marshal, the Power Behind Five English Thrones

The 25 Barons of Magna Carta,