Docker has a layer and you can run

Difference between Docker and virtual machines,

Virtual machines have a larger OS

Its own namespace Process, Filesystem, Network

Docker can only be hosted on two OS: Windows 2016 Server and Linux

docker file is an image

Images are read only, can modify and save as a new image

Images are made up of multiple layers that can be shared

Terminolgy question, if on linux you don't need a base OS, the host OS is running on the bare metal, or VM, but the base OS is what is in the docker image.  Base OS is not required on Linux.

interactive mode, did not just run it and stop, allowed us to enter commands

What is the container? Running image, can be started, moved, stopped and deleted

We launched an image installed, mysql and saved a new image

Containers provide flexibility to integrate the development and running of different types of apps.

Not a Virtual Machine OR a container decision. Both technologies can work together.

Where does Docker Run Natively?

Where else does Docker run?

The Role of Images and Containers

What is a Docker Image?

What is a Docker Container?

Container Management (no questions on test)

The docker run command must specify an IMAGE

Which of these are things that can be changed in the options (detached or foreground, name, network none)

The person that runs the command can put resource contraits on the container when the image is run. (ram, processor, network)

Running an image detached vs foreground

The operator can adjust performance parameters of the container:

If there is 1 CPU, this means the container can get 50% CPU worth of run-time every 50ms.

Summary of WHO takes responsibility under each level

In the App Engine Flexible environment, the App is launched inside Docker running inside a VM.

Cloud SQL runs outside the App Engine so that it can be reached by third-party applications or other applications.

We add authentication (under GCP APIs and Services) to applications by using the Google Identity Platform. We will be able to access information about the site users while allowing Google to safely manage their credentials. OAuth 2.0 will make it possible for the site to accept Google accounts for authentication and allow the site to access basic profile information about the users. 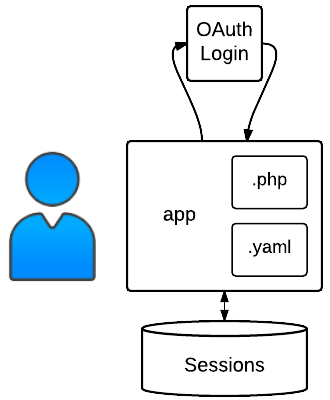 A web app client ID and client secret will allow our app to authorize users and access Google APIs on their behalf.

The diagram to the right shows how the application's structure connects to each other. Users will login with their Google Account and their basic user data is stored in the session.

A bucket is the basic container that holds data in Cloud Storage.

It is common for web application to need to perform background processing outside the context of a web request. The application can enqueue a job/task that is completed by a worker process. 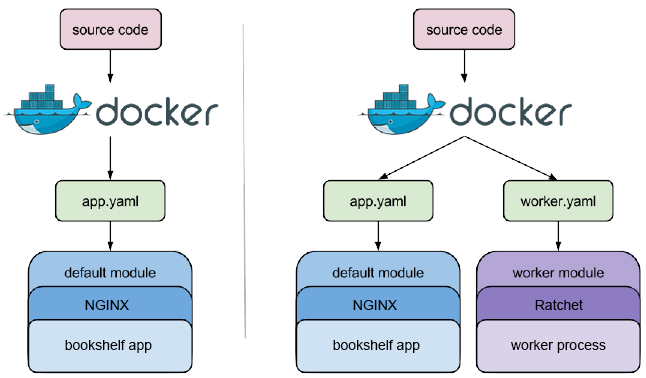 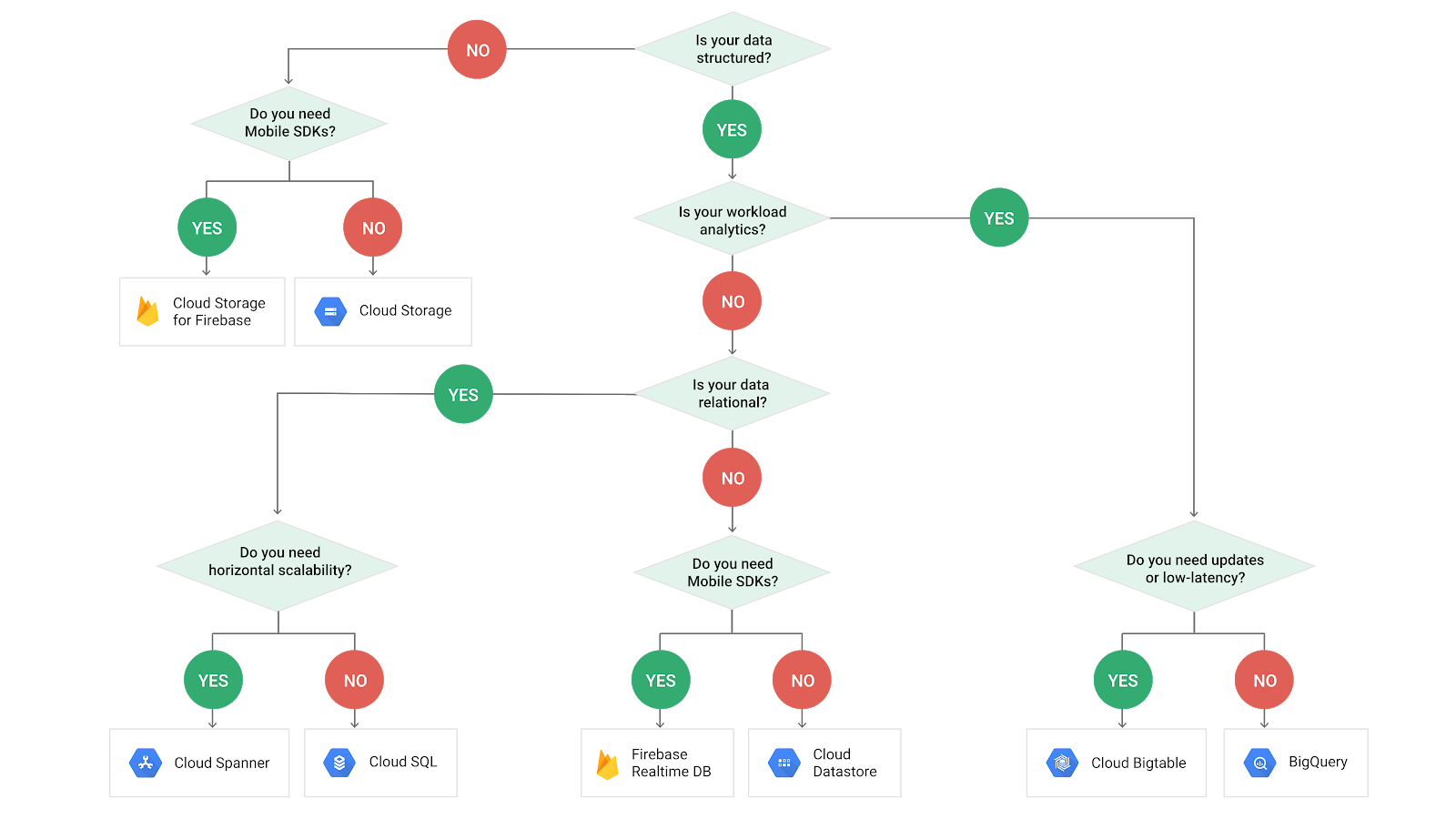 What is Cloud Computing according to Amazon

Platforms available on the Elastic Beanstalk:

Key-value databases are optimized to store and retrieve key-value pairs in large volumes and in milliseconds, without the performance overhead and scale limitations of relational databases.

Document databases are designed to store semi-structured data as documents and are intuitive for developers to use because the data is typically represented as a readable document.

Amazon ElastiCache for Redis and Memcached

In-memory databases are used for applications that require real time access to data. By storing data directly in memory, these databases provide microsecond latency where millisecond latency is not enough.

Graph databases are used for applications that need to enable millions of users to query and navigate relationships between highly connected, graph datasets with millisecond latency.

Time series databases are used to efficiently collect, synthesize, and derive insights from enormous amounts of data that changes over time (known as time-series data).

Ledger databases are used when you need a centralized, trusted authority to maintain a scalable, complete and cryptographically verifiable record of transactions.