"I would not inflict this game upon anyone" was the testimony of a gamer codenamed Leo as he looked into the camera, his left cheek illuminated, offscreen, by a computer monitor. He was speaking about World of Warcraft, the notorious poster boy of the gaming industry, and, later in the documentary, he'd reveal why: 12 hours a day at a computer screen, sometimes more.

No money, no education, no life. Leo gave everything to World of Warcraft and, unsurprisingly, it gave nothing back. But Leo's story is not unusual. Scan internet forums like Reddit or Olganon (On-line Gamers Anonymous) are replete with horror stories of lives lost — in some cases, literally. In 2005, a South Korean man died after a reported 50-hour video gaming session, and in 2012 a Taiwanese man was discovered dead in his gaming chair, arms outstretched for his computer even in the middle of a fatal cardiac arrest. No, you wouldn't wish that on anyone.

Video game addiction exists. It has all the features you need to classify an addiction: losing jobs and loved ones; withdrawal symptoms like cold sweats and anger; developing migraines and back problems and, very occasionally, death. And it's occurring around the globe, but especially in America, the UK, and parts of Asia (China, Korea, and Japan).

How many people are affected, no one knows, but two statistics stand out: Globally, this is a $66 billion dollar industry, and in 2007 a study found almost 12 percent of participants in a 7,000 person study were diagnosed as addicted to video games. If that trend even partially reflects numbers in the greater population, we're in trouble.

So why does video game addiction merit little more than a footnote in the latest DSM, the manual for understanding and diagnosing mental illness? Studies have been conducted which look at the source of the problem. We've moved past the wagging finger of maternal disapprobation, which tells us, "just switch it off, for God's sake," and are now just starting to take it seriously.

The right questions are at least now being asked: How can a video game become addictive? What is it in the brain that switches, or was always ready-to-go, which makes a person sit until their back aches and their eyes stream? What turns a hobby into a sickness?

A recent study looked into motivations in video gaming addiction: A questionnaire asked gamers found on video game websites what they got out of the gaming. They got a huge number of respondents: over 1,600. The survey justified stereotypes: Participants were 87 percent male, 79 percent white. Joseph Hilgard, one of the researchers, said he came to the study thinking they might learn more about the reward pathways in the brain — the "go-to" areas in addiction research.

When we do anything that triggers our brain's reward system, that information gets locked into our brains. A reward system is, basically, a system that governs how the brain feels when we do something — a chore, a job, anything — that results in reward at least some of the time. If we keep getting a reward for the same task, we start to understand the relationship between the two and our brain builds the appropriate connections. It means the next time we come across the chance to do that same task, we assume we're at least a bit likely to get a gift in return. How strong the reward system is in our brains depends on how often we get the reward and how big of a reward it is.

Video games are built to exploit this part of our brain. Kill monster, get points. Complete level, get happy music. Win game, feel satisfied. It's a very simple and primitive part of who we are. We react the same way to everything, from food to sex, in education and even in our relationship with our parents, who, if they are good parents, scold bad behaviour and reward good.

No 'I' in Warcraft

"[This is what] we expected to be the number one thing," Hilgard says, "Thinking that what makes Diablo so addictive is the small chance of getting treasure for every monster you kill." Diablo is a video game, produced by the same people as World of Warcraft. Psychologists call this PRE, or Partial Reinforcement Effect, in which the reward is only offered randomly, some of the time, such as in gambling. This leaves gamers hoping that just round the corner lies the suit of armour, gold, or some other reward they've been waiting for.

That "reward" plays a part in the psychology of addiction is certain: Plenty of gamers will be familiar with the phrase "just ten more minutes". But Hilgard and his researchers discovered other results from the survey, things they did not expect. First of all, a lot of people said they felt they were "duty bound" to go online, that "people were relying on them." Online games, like World of Warcraft or Eve Online, feature massive worlds. So massive that you're not very strong by yourself, and people aren't too strong without you. "All for one and one for all" counts double if you're a gamer.

So most people join guilds — in-games factions — in order to achieve more within their virtual life. But with that benefit comes a cost: social responsibility. Often, you need to play every day and often it means several hours per day. If you don't play, there are people (granted, somewhere else in the world) who will think badly of you. They'll slander you on the forums and blacklist you from future raids. And, anyway, people like to feel included, so aside from the threat of social censure most people enjoy being part of a group.

You get benefits, such as better rewards and faster in-game advancement, but you inevitably have to give back to the community which has helped you. In World of Warcraft, "raids," in which groups of players dive into a monster-invested cavern for rewards, can take a couple of hours and require quite a bit of organization, and most take place with upward of five people, and at a prearranged time. In his confessional autobiography Unplugged, video-game addict Ryan Van Cleave remembers countless missed dinners and social occasions he instead spent "plugged in" to Warcraft conducting raids. He wasn't just enjoying himself: He had promises to keep.

Social obligation itself can't really be a true addiction; it's just guilt. Anyone with a shred of conscience would feel bad leaving a team to fend for themselves if you'd made a promise to them. And it is just that, guilt, which can tie people into a lifetime of gaming. Not just guilt about your community or your guild, but for your character, too. Ryan devotes a few paragraphs to remember his Warcraft characters, who he loved and nurtured. Unfortunately, in exclusion of his real children, whom he neglected. 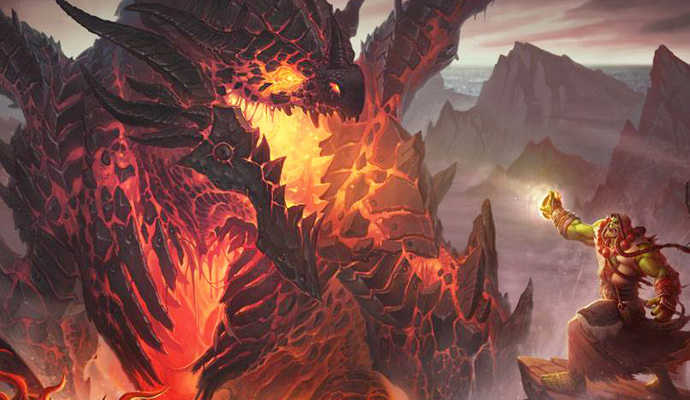 The other factor, in fact the largest reported factor found in the study, was escapism. Many people in the study reported that they enjoyed games because games took them out of the real world. These same people were the most likely to develop addiction-like symptoms. Why be a landscape architect when you could be an invincible mage? Or, feeling doomed to unpopularity in real-life, why not join a guild online? This isn't the first study to find the relationship between video games and escapism: A study in 2009 found 41 percent of its participants said they played to escape the real world.

In a way, video games are the spiritual successors to fantasy literature. Like Belle in Beauty and the Beast, or Shizuku in Studio Ghibli's Whispers of the Heart, people are escaping from their humdrum lives into a world of invented magic and wonder. This is why games like World of Warcraft are a gamers' "drug of choice": they span massive worlds, across continents and with thousands of quests to join. If someone has a powerful imagination, the real world doesn't really cut it anymore.

The difference is, video games are personalized and meticulously tested experiences which, unlike books, are constantly tinkered with by their manufacturers to be as "sticky" — that is to say, addictive — as possible.

Hyperactive imaginations aside, there are a number of people with more serious conditions that might look to video games to escape from real problems. People with depression can find a temporary high in these virtual wonderlands. In one of the worst cases in video game addiction, a Korean couple suffering from depression played Prius, a game in which you raise a child, until their real baby daughter died from starvation.

True to stereotypes, those with social phobias, or just poor social skills in general, are more likely to turn to gaming. Not only do games offer them that elusive social affirmation — NPCs, or non-playable characters, telling you how wonderful you are, how brave and so on — but there is the opportunity with online games to speak with real people, who share your hobby and are likely to be less judgmental than the people they know in real life.

Social stigma toward video games and the nagging knowledge that you're neglecting your responsibilities lead people deeper down the rabbit hole. Hilgard calls these "bad coping strategies": he says, "just like refreshing my browser tabs because I'm nervous and want to keep my mind off of something, gamers are often playing to forget their real-life problems." The problem is: The problems get worse, and so the pull to gaming gets even stronger. It's a vicious, downward facing, spiral.

Van Cleave's Unplugged is a study in this cycle of destruction, 300 pages of twisting every way he could to escape how hard life had become for him. And it only got worse. At every checkpoint in his life he could for many hours a day escape to a world in which he wasn't overweight, underemployed, disliked and disenfranchised, but instead a legend.

There's a lot more work to be done before we truly understand this stuff. Indeed, the science of addiction itself is still hopelessly infantile. In the meantime, gaming addicts are more or less on their own, and have to fight their addiction by figuring out what makes the real world so unappealing when compared the bright lights of the computer screen. And the rest of us have to keep an eye on games manufacturers stepping over the line from entertainment to exploitation.