Short and simple, BpyTop is a computer resource monitor that uses the terminal interface. It is a Bashtop Python Port that takes all the advantages of being written in Python 3.6. 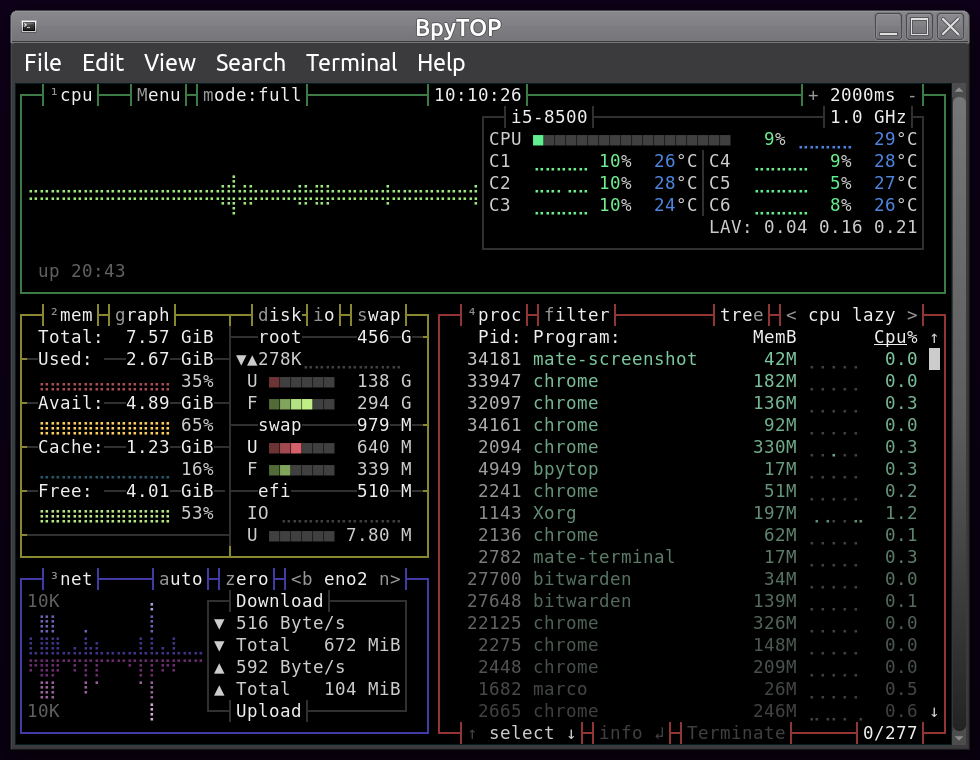 Some of the features of BpyTop are

It must also be said that we are in the presence of an open-source program because it is released under the Apache license and the source code is accessible to everyone. The program has versions for macOS, many Linux distributions, and BSD so that in servers will run without problems.

The dependencies of BpyTop are quite a few. In particular, we talk about Python 3.6+ and psutil. All of them can be easily solved.

So, first, check which version of Python you have

Now it is necessary to install Pip. To do this, run the following command:

And it will start the installation process.

During the installation process, you will get a warning indicating that the path /home/[your-user]/.local/bin is not in your PATH. And it’s in this directory where BpyTop has been installed.

So, to correct it, execute the following command:

And confirm the changes by displaying the variable:

And so it will be installed and ready to run.

To run it, you can open the terminal and then run the command